Reward your employees and clients with
Corporate Christmas Hampers

Do you want to Reward your team and thank your clients in a special way?

It is important to show gratitude to your team for their hard work during the year and thank your clients for trusting in you.
Surprise and Delight them with a Christmas Hamper full of delicious products from Spain, to enjoy with their families and loved ones during the most special time of the year.
We are also committed to our community and we think is very important to give back, so we will donate €1 for each Hamper to Irish Charities and you will be part of something very rewarding too.

This Christmas, show your appreciation to your Team and Clients and make that wow impact with a Gift they will remember.

In Spain, the tradition of gifting your Employees and Clients with Christmas Hampers with delicious products to enjoy with their families is deeply rooted since the 19th century.
We as an Irish company, but originally from Spain, are delighted to bring a little bit of Spain to Ireland with our Christmas Hampers and will donate €1 per Hamper to Irish Charities.

Imagine the Joy of your Colleagues, employees and clients, unpacking the Christmas Hampers and Setting the table with these delicious treats.
After the enormous success last year, we now have a wider variety of Christmas Hampers for you to choose from: 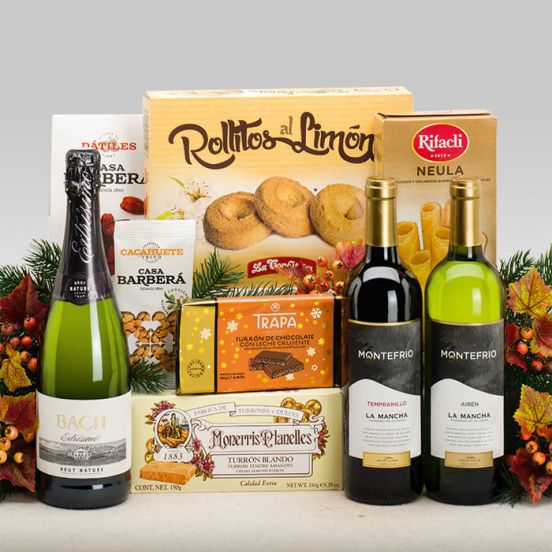 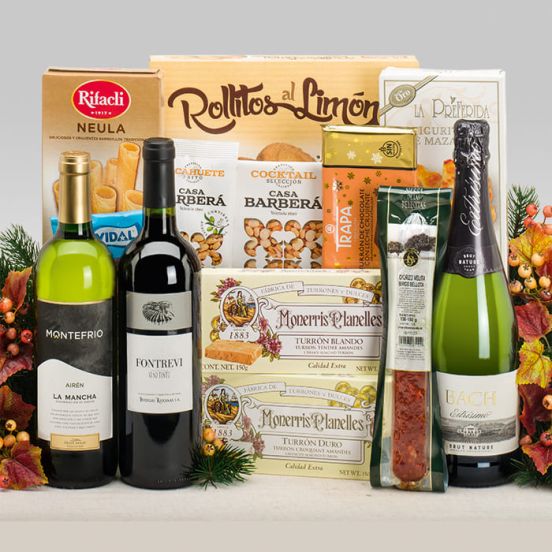 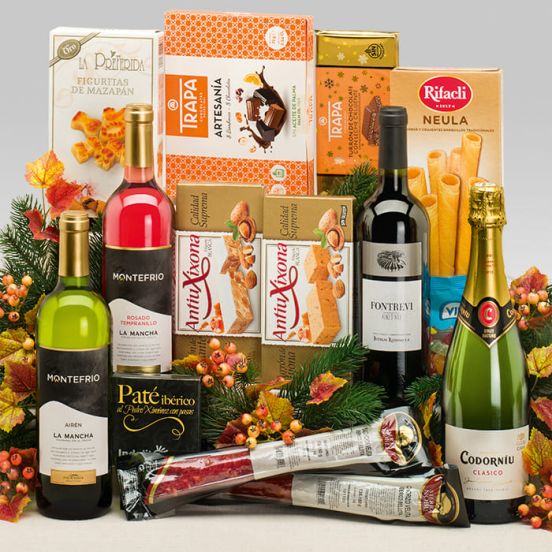 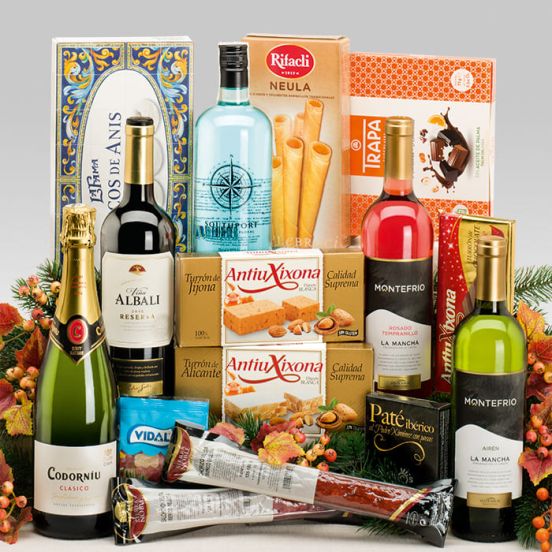 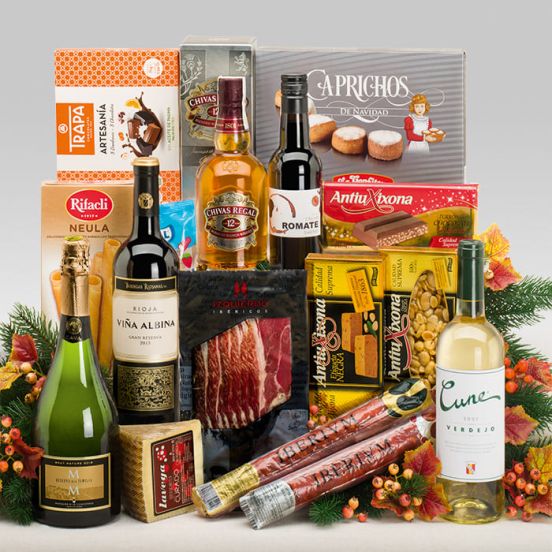 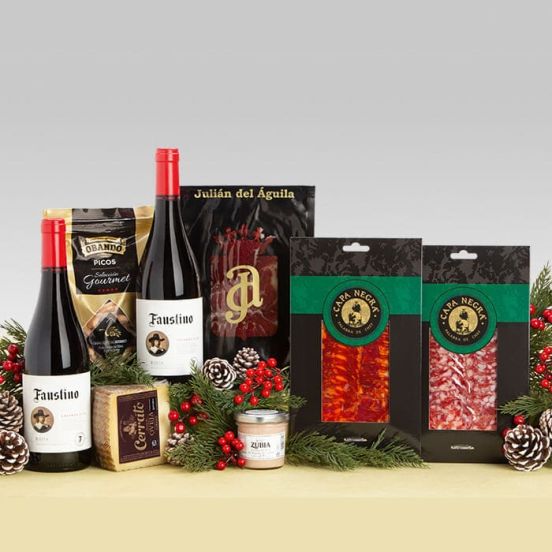 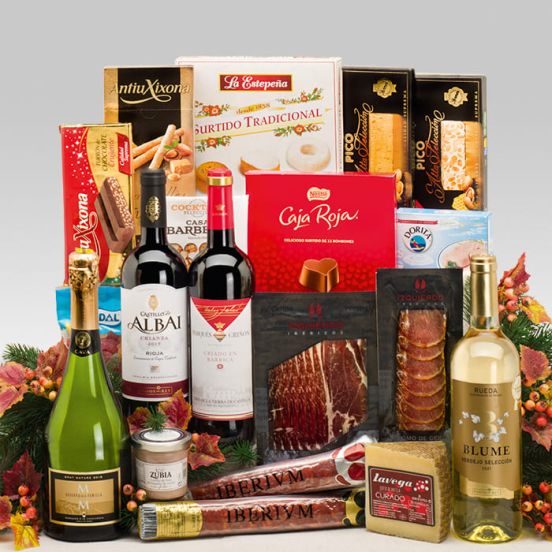 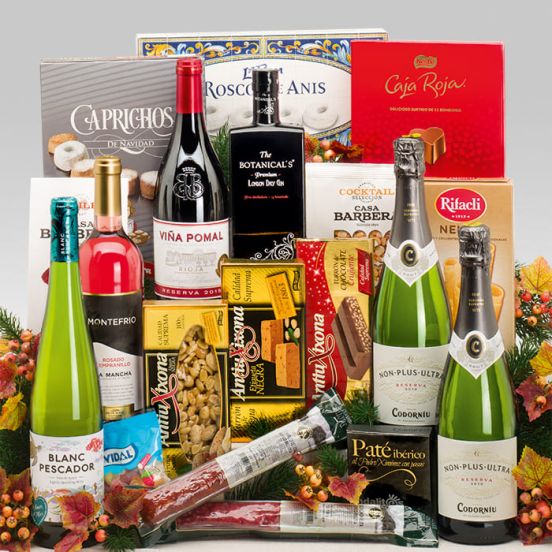 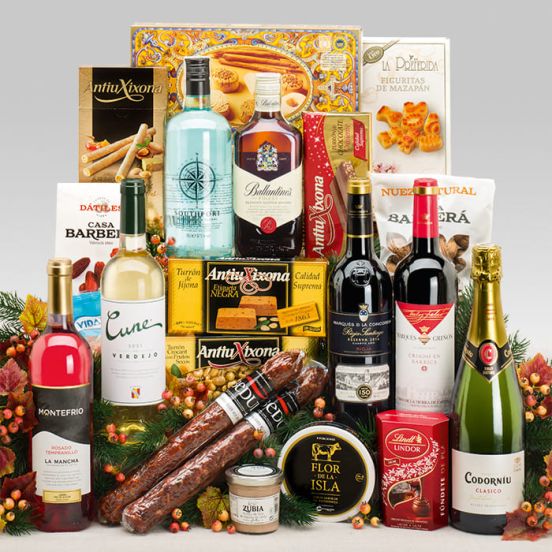 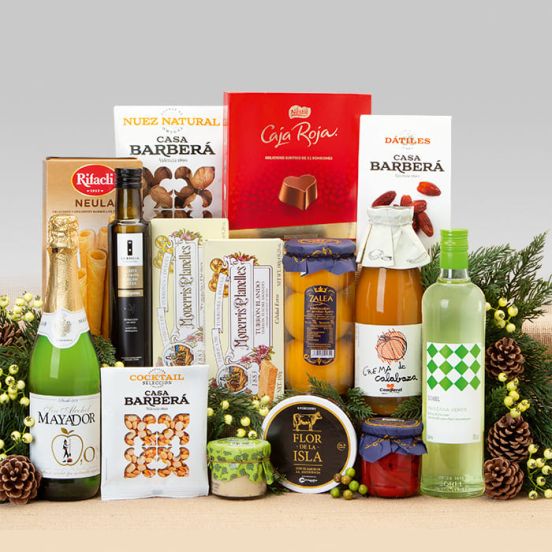 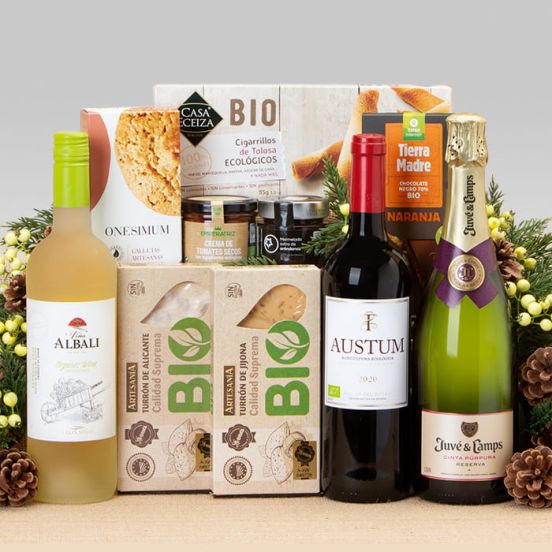 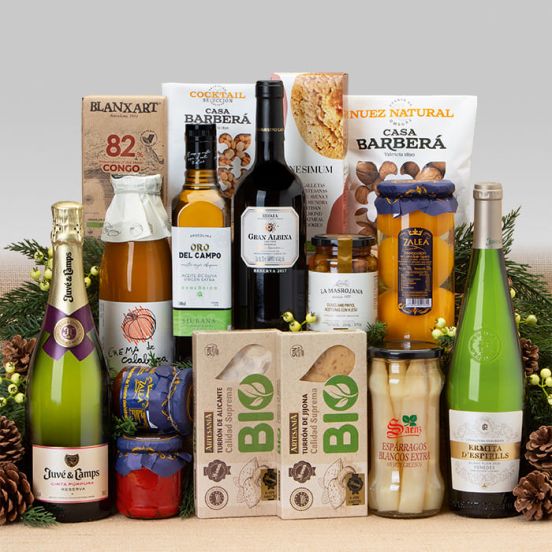 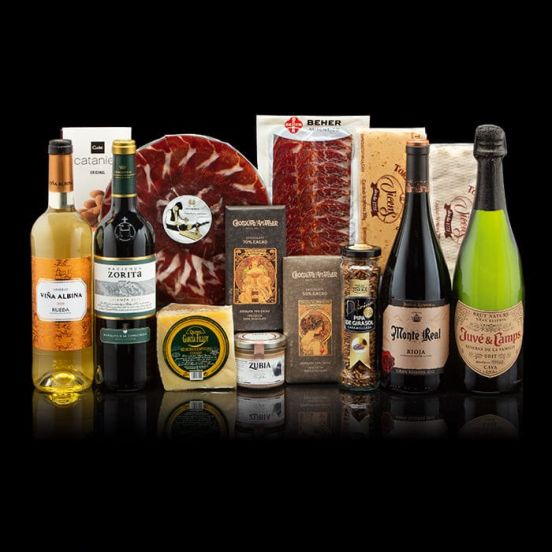 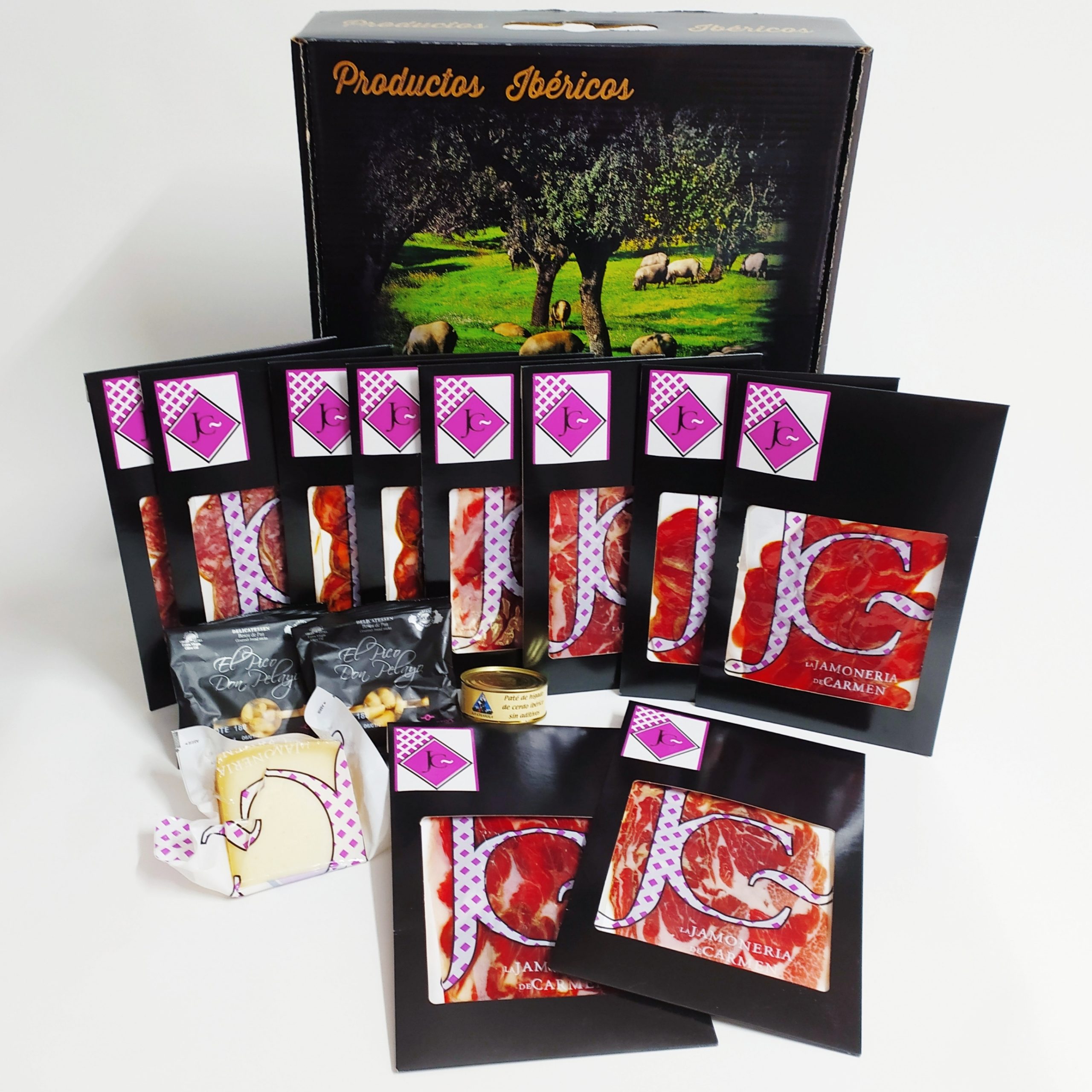 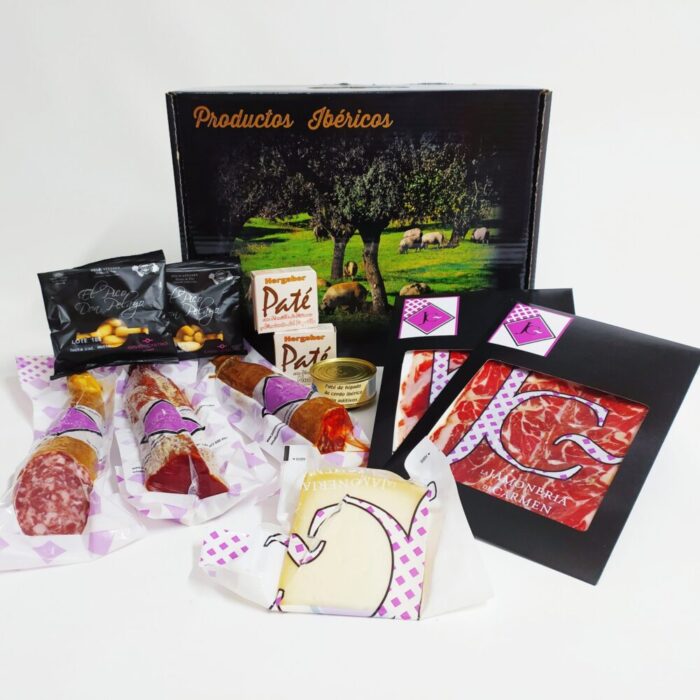 Where does the origin of Christmas Hampers come from?

The origin of the Christmas Hampers goes back to the Roman Empire.
They were the first to start giving out small gifts at Christmas.
This tradition was known as Sportula and consisted of giving baskets with food to the workers by the employer.
This food was for personal enjoyment and was given out during the “salutatio matutina” in which the employees went to the employer’s house and were given the basket.

The tradition of Christmas Hampers in Spain

In Spain, the tradition started at the end of the 19th century when employees of public bodies, were given Christmas baskets full of Christmas products. Soon became widespread and the private companies adopted this tradition as well.

Nowadays this tradition has spread to the majority of companies in Spain, and employees receive a Hamper with delicious products to enjoy with family and friends during the Christmas festivities.

Show appreciation for your team, clients and loved ones and collaborate with Irish charities

It is important to give back to the most in need, specially in challenging times likes this. We we will donate 1€ for each Hamper to Irish Charities

Do you ship all over Ireland? And to Northern Ireland?

Yes, we ship to the Republic of Ireland and Northern Ireland.

Can hampers be sent to different addresses?

Yes, in this case, write us an email to spainu@aroundireland.ie so you can tell us the specifications.
We will need to know, how many hampers you want, and the following information of all the recipients: Name and surnames, Full address including the Eircode or postal code, email address and contact mobile phone.

What is the last day to order the hampers?

The last day to buy the hampers is November 17.

The delivery of the hampers will be made from Dublin between December 7 and 17.

Can you pay at the time of delivery?

No, all hampers must be paid for to be considered as an order.