The 7 Best Day Tours from Dublin 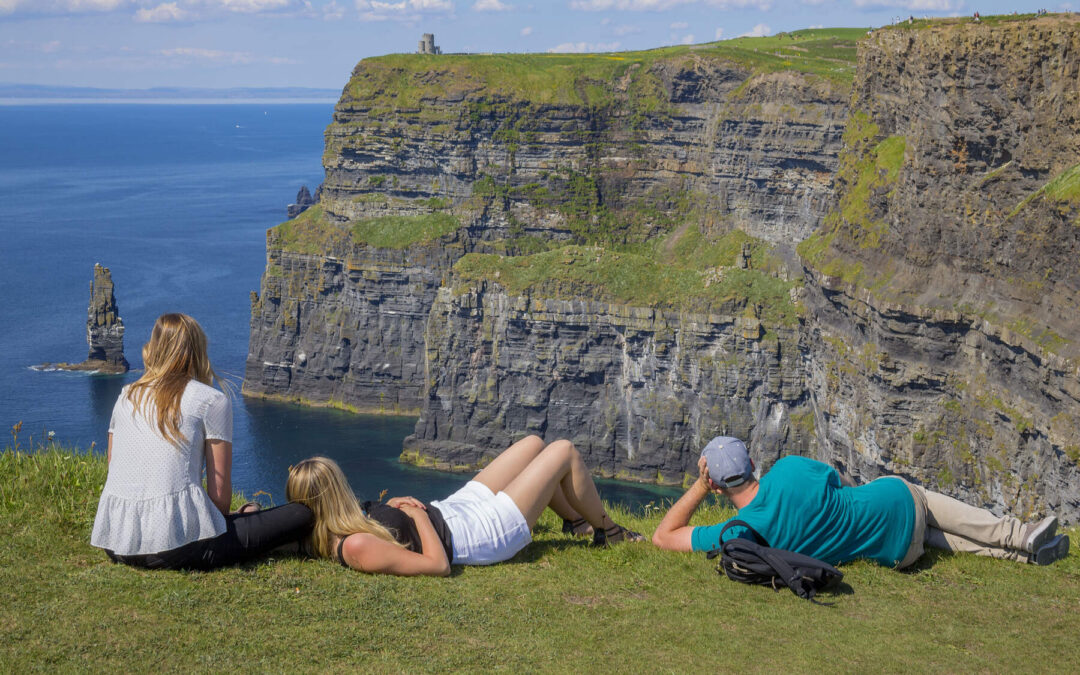 Dublin is one of the most vibrant and historical capitals in Europe and offers an adventure in every corner. The city of literature, music and history, Dublin has been home to important musicians and writers over the decades, making it an ideal destination for tourists with a wide range of interests.

Its culture and cosmopolitan vibe, its friendly people, its literary and sporting events,  its cafes and traditional pubs and its unique nature environments are just a few reasons why to visit this fair European city and its neighboring cities and surroundings.

On top of that, Dublin is very well connected with the rest of Ireland and Northern Ireland and here we bring some of the most relevant Day tours from Dublin, you should not miss while in Dublin:

1. Day Tour to Cliffs of Moher

On the wild west coast of Ireland at just three hours from Dublin, the Cliffs of Moher is the country’s most popular natural attraction.

Spectacular sea cliffs, 214 feet high, drop vertically into the Atlantic Ocean with a trail along the edge that offers impressive and unique views over the Atlantic Ocean, the Aran Islands, Galway Bay and the Twelve Pins Mountain.  You can feel being at the edge of a cliff.

The extreme beauty of its area has inspired artists, musicians and poets over the years and it is a big magnet for tourists and local Irish people every year, drawn by the unique landscape in which they sit and be hymned by the beauty of both views, from the land and from the sea.

The Cliffs of Moher were formed over 320 million years ago, and today are part of the Burren and Cliffs of Moher UNESCO Global Geopark. Furthermore, the site is Heaven for seabirds and rare and beautiful wildflowers. A feast for all the senses.

Book your Day tours with us

2. Day Tour to Wicklow and Glendalough

County Wicklow known as “the garden of Ireland” is less than an hour from Dublin.
Wicklow is famous for its green hills and landscapes, glacial valleys, colorful gardens and enigmatic sites.

Its renowned Wicklow Mountains National Park has been the setting for many internationally acclaimed films and series, such as Braveheart, P.S I love you, and Vikings.

But Wicklow best known, and most iconic landmark is Glendalough, a region that over the years was settled by Vikings and Normans. In Glendalough, you will also find a 6th century Celtic monastery, whose origins go back to the historical figure of St Kevin, born in Ireland and of Royal descendant, who left his life of luxury to retire to the forest to meditate and later founded this monastery above the valley.  A visit to this emblematic place, its churches, its towers, tombstones, and Celtic crosses, surrounded by rugged nature, will not leave you indifferent.
Are you going to miss it? 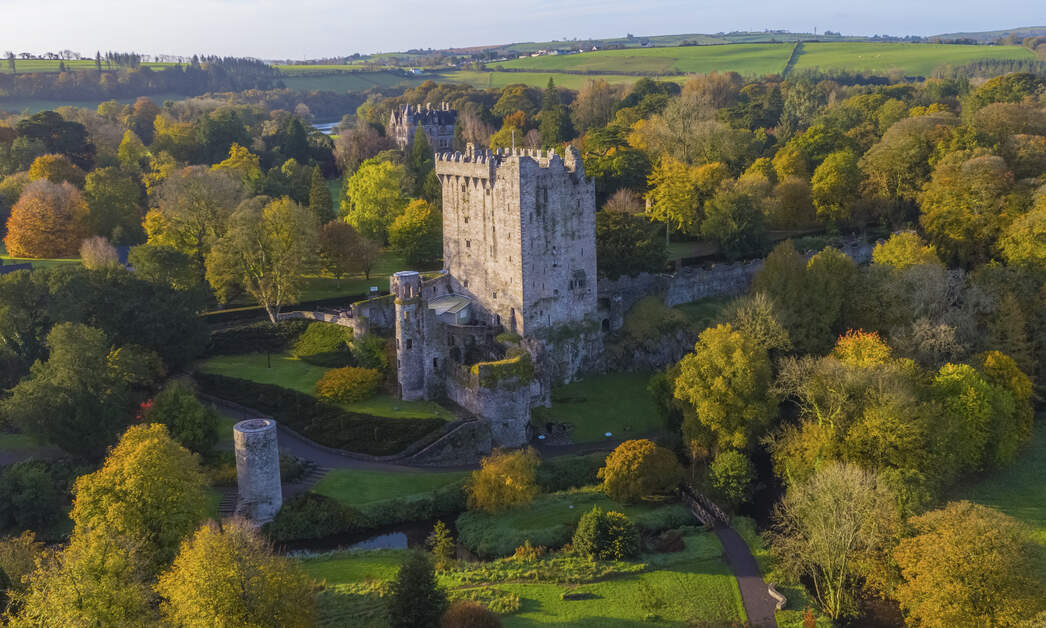 Cork is Ireland’s second most populous city. Less than three hours’ drive from Dublin, Cork is located on the River Lee, which forks into two channels that create an island where the city center is located. Cork grew up around the monastery founded by St Finbar in the 6th century and has seen numerous Viking invasions throughout the ages.

Just twenty minutes away is Blarney Castle, a medieval fortress on the banks of the river Martin on a cliff. Founded in the 13th century, the castle is partially ruined and surrounded by beautiful gardens. Blarney Castle is one of the must-see places to visit in Ireland, and its most famous attraction is the Blarney Stone or “the stone of eloquence”, whose legend compels all who visit to kiss the stone or else be rewarded with the gift of eloquence. Legend or truth?
Join us for a Day Tour and you will find out !

The Giant’s Causeway, in County Antrim, Northern Ireland, was declared a World Heritage Site by UNESCO in 1986 and a national nature reserve in 1987 by the Department of the Environment for Northern Ireland.

This geological formation on the north coast of Ireland hides interesting legends that, together with the beauty of the landscape and natural surroundings, will transport you to another era.

The 40,000 pentagonal or hexagonal-shaped blocks that form this unique natural monument was created by the intensity of the volcanic activity that shaped northern Europe from Greenland to the islands of Iceland, Ireland, and the United Kingdom sixty million years ago. The curious column formations have been christened with names that elude their shapes, such as the harp, Hamilton’s saddle or the Horse shoe.

Make your trip a memorable one by spending a day on a tour of The Giant’s Causeway from Dublin.

Book your Day tours with us

Just two hours from Dublin is the city of Belfast, the capital of Northern Ireland. The city is full of culture, festivals and live music, exhibitions, street art, iconic buildings and much more that make the city one of the most inspiring and attractive destinations in Europe. 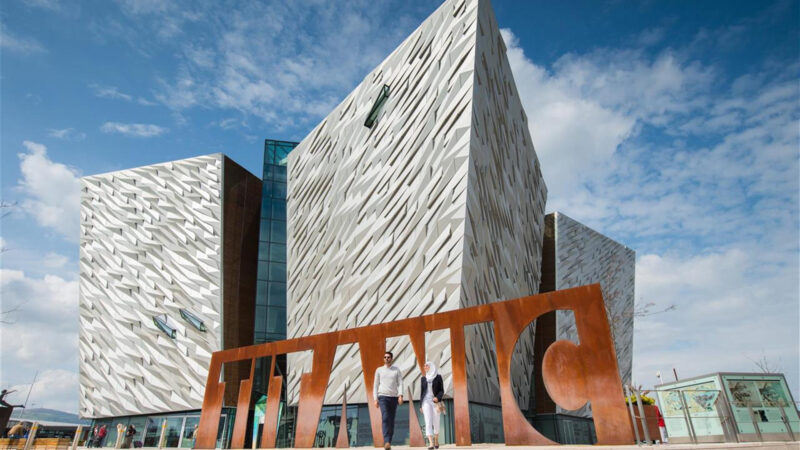 Furthermore, Belfast is known as the city of the Titanic as this is where the famous “Ship of Dreams” was built and sailed from. The city’s most visited attraction is “Titanic Belfast”, nine interactive galleries that will teach you in a didactic way the history of the Titanic and curious secrets you didn’t know.

Belfast is a must-see destination on your visit to Ireland! 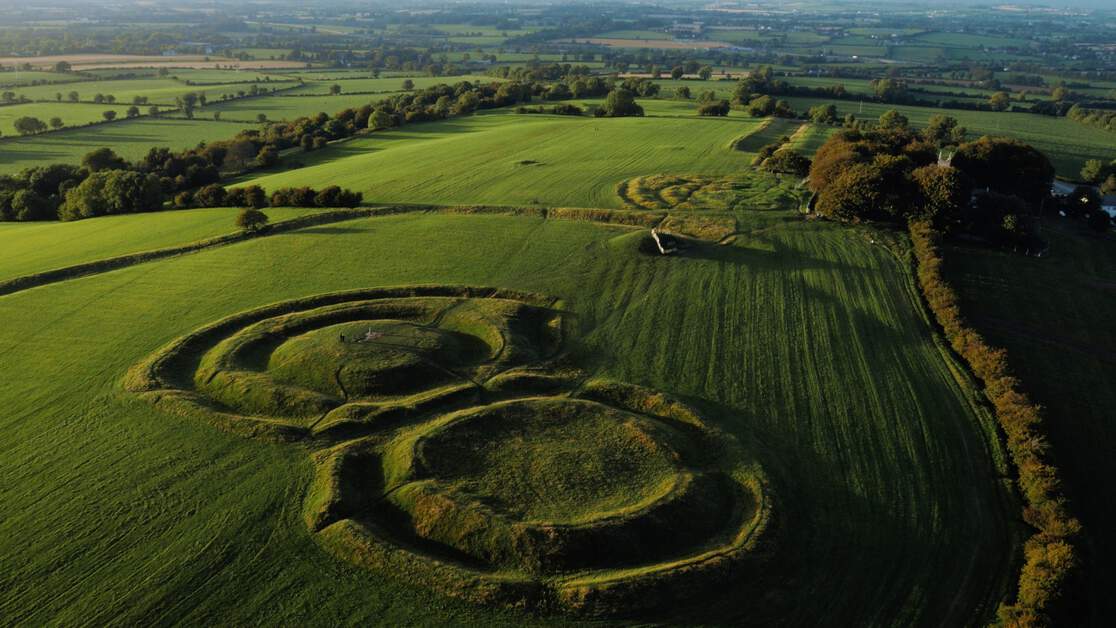 See the land where the ancient kings of Ireland resided and from where they ruled Ireland for centuries. You will also enjoy the lush green Irish countryside, learning about Celtic history through Celtic tales and legends that will take you back in time. Not to be missed!

7. Day Tour to Connemara and Galway

Just over two hours away is the city of Galway in the west of the island of Ireland.  Galway is known for its rich culture and arts, its live music and distinctive pubs will give you a truly Irish experience. 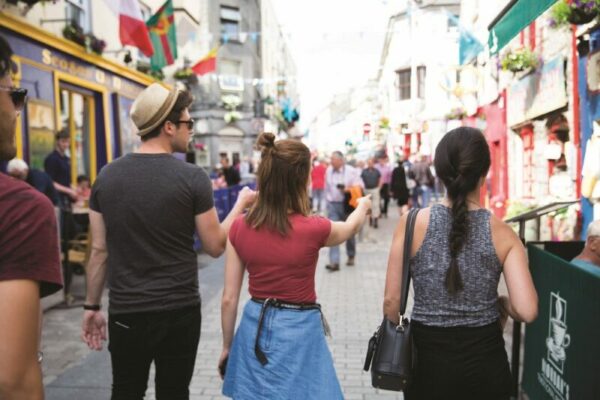 Prepare to be mesmerized by this picturesque natural environment!

If you are doubting, don’t, Dublin is the destination to go to! Dublin is ancient, Dublin is unique, Dublin is special. Savour it and be inspired.